Pampas is not your average steakhouse. As the first Brazilian Churrascaria in Las Vegas, Pampas knows what Sin City goers like—and they deliver it in style. A rich history of Rodizios, Surf & Turf, and Side Dishes, Pampas can help you find the perfect meal for whatever it is that brought you to the Boulevard.

Enjoy the 14 different meats as well as the 30 item side bar. Not a meat eater? No worries, Pampas Vegetarian Rodizio will have you salivating in no time. Pair all of this with a traditional Caipirinha or a bottle of wine from Pampas award winning cellar and you have one night in Vegas you'll actually want to take home with you. 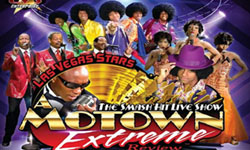 MOTOWN EXTREME - Recipients of numerous awards, Motown Extreme Review is an explosive, high-energy show, filled with excitement and adventure. It’s a show that will have the crowd jumping for joy, laughing, and dancing. This charismatic show is a combination between a Broadway musical and a live concert. Ausar & Aset Bragg international recording artists, and producers of the Las Vegas Stars and the Motown Extreme review, and Grammy Award winner Mr. Felton Pilate musical director have assembled a show filled with chart-topping hits from your favorite Motown artists including Michael Jackson & The Jackson 5, Smokey Robinson, Stevie Wonder, Martha Reeves, The Marvellettes, The Temptations, Diana Ross & The Supremes, and many, many more. 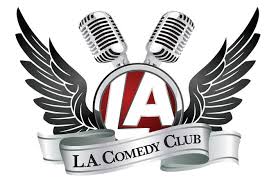 LA COMEDY CLUB LIVE - The L.A. Comedy Club of Las Vegas has found a new home in the Stratosphere’s 160 seat Dragon Room. Serving both locals and visitors since 2007 and won several awards over those years and has earned the reputation of being the younger rebel brother of Improv. LA Comedy Club was the first comedy club to bring breakout comics such as Aziz Anazari, Felipe Esparsa and Loni Love to Vegas. Featuring a different live comedy event each week, national headlining comics stretch their comedic wings here to provide a unique experience that’s both hilarious and relevant. Customers deserve something beyond the norm of the brick wall, and they get that on a nightly basis at the LA Comedy Club. 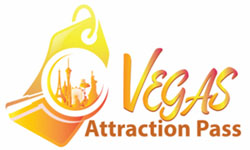 VEGAS ATTRACTION PASS – Pick from the best of the best Las Vegas attractions. All of our most popular options are available including: 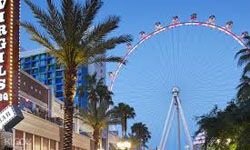 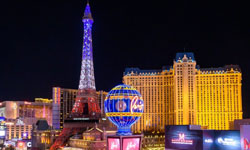 ii. Eifel Tower - For a moment, stroll through Grande Paris. Rise to the top of the Eiffel Tower Viewing Deck and get a birds eye view of The Strip. 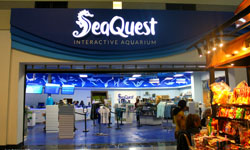 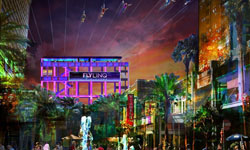 iv. Fly Linq - An adrenaline fueled and electrifying sky-high experience that launches you over the LINQ Promenade while the rider is in a seated position. 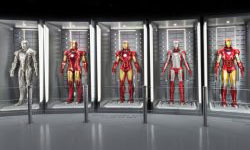 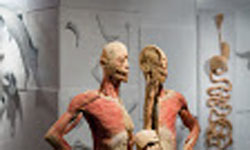 vi. Bodies The Exhibition – Seen by over million visitors worldwide, this is an educational and informative display showcasing real full-bodies and organs, providing a detailed, three-dimensional vision of the human form rarely seen 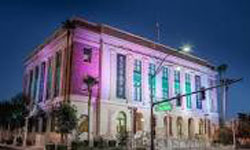 vii. Mob Museum - The Mob Museum, officially the National Museum of Organized Crime and Law Enforcement, is a history museum located in Downtown Las Vegas just a block from the Fremont Street Experience. Here you will find an amazing interactive experience housed in what was formerly the courthouse that held many trials of notorious mob figures 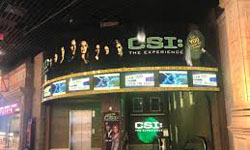 viii. CSI Experience – This truly Intriguing attraction allows you the opportunity to test your skills as a crime scene investigator. 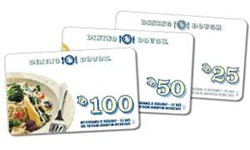 Your Dining Dough from Restaurant.com will allow you to dine out for less in Las Vegas and over 50 other major cities and save up to 50% or more off your bill. Enjoy amazing discounts at over 18,000 eateries including over 100 in Las Vegas. Visit dine.restaurant.com for locations and deals 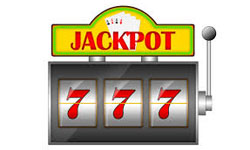 Try your luck at these promotional slot machines with no risk, just reward. Everyone is a winner and even if you do not win one of the cash jackpot prizes, you will still receive a souvenir of your Las Vegas getaway 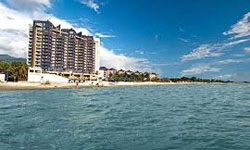 This certificate will entitle you to access an inventory of studio, 1 bedroom or 2 bedroom resort accommodations. Choose from thousands of locations around the world in which to enjoy your 8day / 7night resort stay. (See certificate for details) 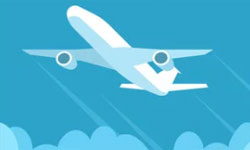 Create your own journey with this certificate for round trip coach airfare for 2 anywhere in the continental United States. (Sunday thru Thursday departures included. Upgrades to weekend departures and Hawaii airports available for additional cost. See certificate for details)